Bariatric surgery (also known as weight-loss surgery) is available to the severely obese who are unable to lose weight through diet and exercise, according to the Weight-control Information Network. Bariatric surgery limits the amount of food intake, both physically (as the size of the stomach is considerably reduced) and mentally (patients can lose the cravings that make them overeat).

Who is eligible for bariatric surgery?

Within the first year of surgery, patients can lose as little as 33 percent of their excess weight (on average) and as much as 70 percent, according to National Bariatric Link, an online resource center for surgical weight loss. Within three years, weight loss can be as great as 64-75 percent.

The principle behind gastric banding is simple: Most people eat when they feel hungry and stop when their stomachs feel full. Gastric banding helps obese people, who have tried but failed to lose weight through portion control and exercise, by essentially “shrinking” the size of their stomachs to reduce their food intake, thereby preventing them from overeating.

Who is suitable for gastric banding surgery?

The National Institutes of Health states a patient must have a BMI of 40 or more, but those with a BMI of 30+ and one obesity-related syndrome, such as diabetes, high cholesterol, high blood pressure or heart disease, are also eligible for the surgery. 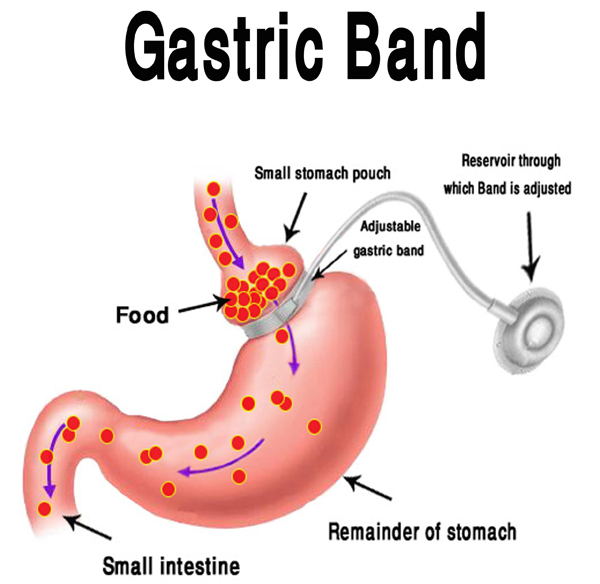 According to the BBC, those who undergo this surgery can on average lose up to 50 percent of their excess weight within two years. In addition to weight loss, the band can help to reduce or eliminate high blood pressure, heart disease and diabetes in the patient.

Gastric sleeve surgery is one of the newest inventions within bariatric surgery. Gastric sleeve surgery is typically for people who are too overweight or too unhealthy to undergo other methods of losing weight, including gastric band and gastric bypass surgery.  The National Bariatric Link reports that the sleeve has been found to be “the most useful weight loss ‘kick-off’ for people who are considered high risk (morbidly obese).”

Who is suitable for gastric sleeve surgery?

The Bariatric Surgery Source specifies that gastric sleeve is most suitable for patients with a BMI of 50 or more. Dangerously obese patients often undergo this surgery before undergoing bypass surgery. 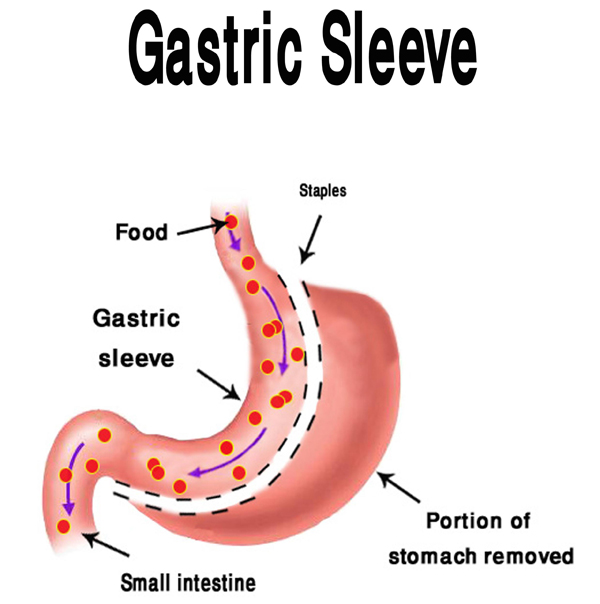 According to Complete Obesity Surgery Guide, a website dedicated to educating people about surgical procedures for obesity, people who have undergone a gastric sleeve operation have lost about 30-50 percent of their excess body fat (on average) within one year.

According to the Hamad Medical Corporation in Qatar, gastric bypass surgery is the most effective when it comes to losing weight and minimizing and even eliminating Type 2 diabetes in a patient. Obesity is on of the chief causes of Type 2 diabetes, particularly in people who are already genetically predisposed to developing the disease. Although gastric banding is also successful in the reduction of diabetes, studies have proven that gastric bypass is more effective.

Like the other bariatric surgeries, gastric bypass considerably decreases the size of the stomach. As a result of the smaller stomach pouch created, a person ends up feeling full quicker. However, what is unique about gastric bypass surgery is that there is also another factor at play: the reduction of the connection between the stomach pouch and the small intestine. The size of the opening is as small as one-third to one-half inch wide. These two factors drastically reduce the amount of food intake into the body.

Another beneficial result of bypass surgery is the body’s diminished ability to absorb nutrients and calories. Normally, the body absorbs nutrients and calories while food lies in the stomach and the small intestine. But, with these two body parts bypassed, the body is less efficient in absorbing digestive material. The less calories the body absorbs, the bigger the weight loss.

Who is suitable for gastric bypass surgery?

The National Institutes of Health states a patient must have a BMI of 40 or greater, but those with a BMI of 30+ and one obesity-related syndrome, such as diabetes, high cholesterol, high blood pressure or heart disease, are also eligible for the surgery.

How successful is gastric bypass surgery in reducing diabetes?

In a study conducted in June 2005, 1000 patients, 150 of whom had diabetes, underwent gastric bypass surgery. The study found that after the surgery, 83 percent of the patients “experienced resolution of their diabetes,” according to Dr. Ruchi Mathur, a speaker at the American Diabetes Association’s 65th Annual Scientific Sessions in San Diego.

In another study discussed at the conference, out of the 91 diabetic patients who had undergone bypass surgery, 80 percent were able to stop taking oral medications for diabetes, 79 percent came off insulin, and those that still needed to take insulin reduced their dosage by as much as 90 percent.

According to the Journal of the American Medical Association, an average of 70 percent of patients experienced a resolution of their diabetes after bypass surgery.