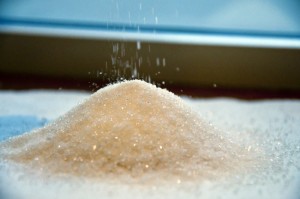 Women suffering from gestational diabetes mellitus face a higher risk of developing Type 2 diabetes if they consume large quantities of sugar in their diets. Photo by Caitlin Sewell, 2012.

Six days had passed but Surraya Altaf was still waiting with bated breath to hold her newborn child at the Hamad Medical Corporation’s Women’s Hospital in Doha. When the nurse finally handed him over to her, Altaf let out a sigh of relief: she knew her baby had been “cured.”

“It was a Caesarean delivery,” she recalled. “His heartbeat was not very normal and I was told he might have diabetes.”

The 51-year-old Pakistani, who has lived in Qatar for three decades, had developed gestational diabetes mellitus in 2000 when she was expecting her fourth child.

GDM is a medical condition that develops only in pregnant women. It is brought about by an inadequate amount of insulin, a hormone produced by the pancreas that converts blood sugar (glucose) into energy that the body needs. Without enough insulin, excess glucose builds up in the blood causing hyperglycemia (high blood sugar). This requires the mother to take thrice the amount of insulin as normal to maintain healthy bodily functions.

For Altaf, however, the problem was twofold. She was strongly advised against taking insulin injections. “The doctor told me ‘you are already overweight,’ and mostly insulin increases your weight,” she said.

Altaf’s condition left her ill most days; it increased her blood pressure as well. “I used to stay in the hospital for about 10 days each month during my pregnancy,” she explained.

Many pregnant women in Qatar experience similar problems as Altaf. The country has a GDM prevalence of 16 percent, according to a study conducted by the HMC’s Department of Medical Statistics and Epidemiology and published in Dove Medical Press. The study surveyed 2,056 pregnant women who attended the antenatal clinics of the Women’s Hospital from the first week of January 2010 to April 2011.

The study found that obesity and higher-aged pregnancies were the leading causes of GDM. Most women who develop GDM are between the ages of 35 to 45. Among these, 59 percent are said to be obese.  Any person whose weight is 20 percent or higher than normal for someone her age and height is determined to be obese. The most common way to determine obesity is by calculating a person’s body mass index. A person with a BMI between 25 and 29.9 kg/m2 (kilograms per meter squared) is categorized as overweight and a person with a BMI of 30 or higher is classified as obese.

“Diabetes in pregnancy is associated with an increased risk of foetal, neonatal, and possibly long-term complications in the offspring,” said Dr. Nady Mehmoud, an assistant professor of obstetrics and gynecology at Weill Cornell Medical College in Qatar and a consultant at HMC. According to him, mothers with GDM are at high risk of giving birth to babies with cardiovascular malformations, respiratory diseases and metabolic complications. GDM also heightens the chance of a woman experiencing a premature birth, stillbirth or spontaneous abortion.

Although Altaf’s child did not have any deformities at birth, he was larger than a normal baby. Now that he is 13 years old, Altaf said “the doctor has advised me to make him control his diet and exercise properly because he may be prone to developing diabetes.”

For women like Altaf, dealing with obesity, diabetes and pregnancy at the same time often becomes cumbersome. Many women suffering from GDM tend to take care of themselves only until the delivery, after which a lack of diet control and exercise lands them in a life-long struggle with diabetes.

“Women with gestational diabetes have a greater risk of developing diabetes, usually Type 2, later in life and their children too are more likely to be overweight and develop diabetes later in life,” said Chris Triggle, a professor of pharmacology at Weill Cornell Medical College, in a report published on the university’s website.

When Altaf and her baby were discharged from the Women’s Hospital, she was told she had successfully fought off the disease.  Nine months without unsweetened tea had somehow passed by easily for her. But when she met up with her family in Pakistan, she let her self-control dissipate with each sugary cup. “When I came back and got myself tested, I was diagnosed with Type 2 diabetes,” she said.

“The doctor said if I had given it a break for another year I would have been able to be diabetes free,” she said regretfully.

“I was mentally disturbed for a while because doctors used to tell me about the kinds of illnesses and complications diabetes causes,” she added.

Once a person is diagnosed with diabetes, it is vital that she take all necessary precautions in order to avoid serious complications. “It can affect the heart, the kidneys, and the feet,” said Dr. Amal Adam, head of health care at the Qatar Diabetes Association. “The number one cause of renal failure, of blindness and of foot amputation is diabetes,” she emphasized.

Since her last pregnancy, Altaf’s weight has been on the rise. She says she often has to wrestle with the idea of getting up from her bed. “Diabetes affects my feet the most,” she said. “According to my doctor, it affects the nerves in my feet, because of which I feel immense pain and sleeplessness at night.”

Diabetes often affects the feet in the shape of heavy swelling and severe dryness. Doctors recommend moisturizing the feet regularly in this case. “If the feet are left dry that may cause cracks, which allow the entry of microbes that may lead to gangrene,” Adam said.

Apart from foot worries, Altaf says she has to fight the weariness she experiences almost every other day.  “I make sure to go out and often end up walking for hours in the mall, but when I come back I still finish all my chores at home,” she said. “Since I have gained this much [she weighs about 330 pounds], I have this fear in my heart that if I allow myself to become lazy, I will gain even more.”

Other common symptoms of diabetes, whether Type 1 or Type 2, are excessive thirst, frequent urination and recurrent hunger pangs.  “Sometimes I feel like I haven’t drunk water in years,” she said. “There’s some kind of emptiness inside that is unlikely to be filled.”

Consistent meal times help to curb Altaf’s cravings, and she tries to control her portion sizes as well. She says people often forget that even fruits should be eaten in moderate amounts. “I try to have one fruit a day,” she said. “It could be a small banana or an orange.”

Doctors advised her to stay away from foods high in carbohydrates and sugar, but rice is something she cannot resist. “I cannot imagine surviving a day without rice,” she said. “Although I haven’t had sugar in my tea for about 13 years now, I occasionally eat some sugary things at dinner parties,” she chuckled.

Before her latest visit to her doctor, she ate some fried pastries and sugar biscuits. While the doctor was preparing to check her blood sugar level, she told him, “don’t be surprised.” Altaf’s sugar level had reached 300 mg/dL (milligrams per deciliter); normal blood sugar levels range from about 70 to 140 mg/dL. “I said, ‘I will bring it down by tomorrow,’” she recalled smiling.

Despite her weight, diabetes and blood pressure worries, Altaf is determined to enjoy her life. “I don’t let myself crumble under these problems, because if I think I am healthy I will feel healthy,” she said. “Thinking positive is what makes me live.”

“You may lose your life in a minute, there are countless number of unexpected deaths and devastating incidents, so why not enjoy what you can, while you can?” Altaf stressed.

However, since doctors say the offspring of mothers with GDM face a higher risk of developing childhood obesity and Type 2 diabetes later in life, Altaf is always on guard about her children’s health. She says she tries to monitor what they eat most of the time because they are naturally tall and heavy built.

“I tell them, ‘my time has already passed, I’m not that young anymore and I am used to all of this,’” she said. “It is hard and I don’t want them to go through this.”