Qatar is one of the tubbiest nations in the world.

About 75 percent of Qataris are overweight and 40 percent are obese or morbidly obese, according to the latest figures from the National Health Strategy 2011-2016.

About 16.7 percent of Qatari adults are diabetic, according to a study conducted by researchers at Hamad Medical Corporation in conjunction with researchers at other institutions, published in 2009.

The NHS reports that among Qatar’s resident population, which includes both expats and Qataris, about 71 percent of all residents are overweight and 32 percent are obese or morbidly obese. More than 50 percent of the population does not engage in any regular physical activity. Qatar has the second highest prevalence of overweight and obese people in the Gulf Cooperation Council region. 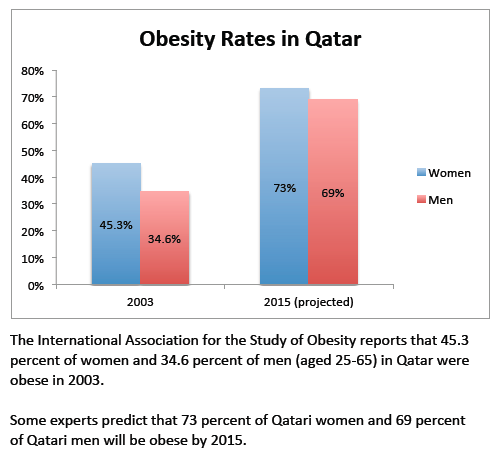 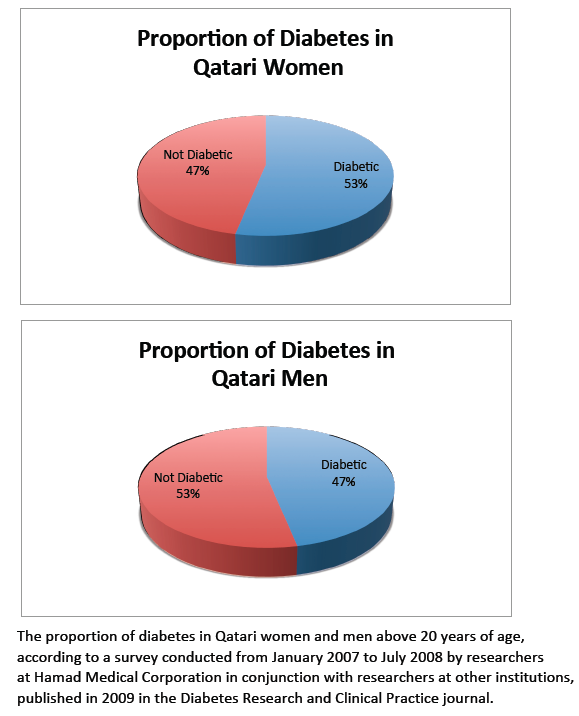 Feb. 21, 2012: Charts and data above have been updated to further clarify information provided.

3 Responses to The Stats